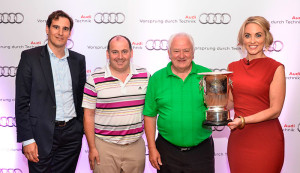 Hehir and Barrett, both from Kilmallock, County Limerick and playing out of Charleville Golf Club, won the 23rd hosting of the prestigious Audi quattro Cup golf competition by a single point with a score of 44 points. The duo narrowly defeated the Audi Naas pairing of Arthur Ryan and John Kelly (2nd Place) who finished the competition with a total of 43 points, and John Conniffe and John Kelly (3rd place), representing Audi Athlone, who carded 42 points.

Hehir, with a handicap of 20, and Barrett, playing off 16, will now go forward to represent Ireland in the world final of the Audi quattro Cup which will be played at Trump National Golf Course, Los Angeles in early October.

2013 saw nearly 700 players, half of whom were Audi drivers, compete in seven regional heats between May and July. These heats were played out on some of Ireland’s most prestigious golf courses including The K Club, Fota Island, Rosses Point, concluding with the National final teeing-up in the spectacular Mount Juliet Golf Club, Kilkenny.

Christian Gussen, managing director of Audi Ireland commented: “This country has such a strong tradition in golf at amateur and professional level and the competition was fierce this year. We are delighted to reward our loyal customers by affording them the opportunity to play some of the most prestigious golf courses throughout Ireland in the Audi quattro Cup and to be in with a chance to represent Ireland in the United States later this year.

“Almost 85,000 golfers will play in 800 tournaments all over the globe in the 2013 Audi quattro Cup. This superb competition has come a long way since German Audi dealers organised an event for 6,000 golfers playing 51 tournaments back in 1991.”

I recently won a game of golf for two in a raffle.  The prize was for Dun Laoghaire Golf club.  This Wednesday I availed of the prize. 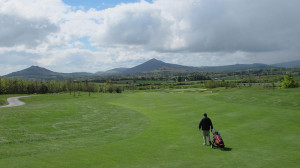 The course is divided into three nines: upper, middle and lower.  We played the upper and lower. 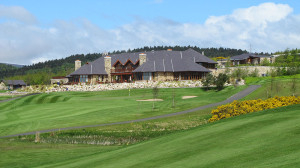 Green fees would have been €50 each.

I had a very pleasant couple of hours this morning at Dargle View Golf course in Bray. We arrived at 8am just as the course opened. 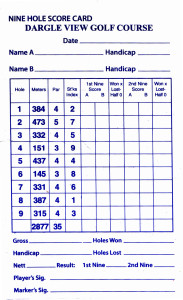 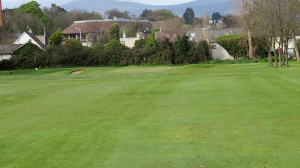 Approach to the par 5 2nd hole

I had a very pleasant morning in Wicklow Golf Club. A friend of mine is a member so I availed of the reduced green fees.  It was very uncrowded so we had a relaxing four hours. 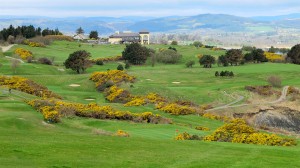 Wicklow Golf Club with clubhouse in the background

Accuracy is rewarded on this course.  In my case the opposite applied.  Between water, gorse and scrub there are lots of opportunities to lose golf balls.  At the end of the round my golf bag was quite a bit lighter!

There’s a lovely variety of holes with wonderful views over the sea and the Wicklow Mountains.  The course is quite hilly (especially the back 9).  By lunchtime I had certainly worked up an appetite.

We had a very pleasant lunch in the clubhouse over looking the Irish Sea.

The 2012 Chamber Golf Challenge features the famous Druids Glen course, one of the finest, most challenging and most enjoyable golf courses in Europe. Known worldwide as the “Augusta of Europe” this championship course is a must for the discerning golfer and the perfect forum to build and develop customer relations with both new and existing customers. Playing in early May, golfers will find the course at its optimum playing level.

Your round includes goody bag, a famous Hick’s sausage in a bun out on the course and golfer’s grill afterwards.

Tee times from 11.00 am to 2.00 pm.
Individual players are welcome!
Get to know other local business people by joining a team for the day.

Congratulations to DLR Chamber on a wonderful day.  Druid’s Glen was glorious with perfect weather. The food break by Hick’s  in between the 9th and 10th was really welcome. They even supplied me with a vegetarian option. I was really happy with the driver I had bought the previous day in McGuirks Golf.

The highlight of my round was a 3 on the par 3 17th – 168 yds over water onto an island green.  Thanks to Martin Toner for his coaching on the run up to the event.

This morning I started a course of golf lessons with Martin Toner Golf.  He is based  in Ballinascorney Golf Club in Dublin 16.

This latest golf classic will be played on three of Ireland’s finest and most picturesque golf courses.

This competition is an 18 hole singles stableford ladies and gents. There will be individual and team event prizes. All competitors will be entered into a draw for the team event but individual teams may also enter.

Entry for the event is €225 which includes 3 rounds of golf, prizes, entertainment and dinner on the final day.

This year alongside the golf classic we are also running a 9 hole charity event from 3pm on the same dates as the classic and it is in aid of:

The entry fee is €25 per day for this event. Entertainment will be provided on all three evenings and will include an Irish themed Gala evening.

How do you fancy spending the day with with the stars and challenging them to a round of golf on the world famous K Club course?

Bóthar, the international development agency that specialises in the use of livestock, is offering you a unique opportunity to go on line to Golfwithstars.com, enter the raffle and play 18 holes of golf with one of 15 sports stars / personalities while also raising valuable funds to support its projects in 35 countries worldwide.

There will be a total of 15 winners, with each winner paired with a star. They will also be joined by two of the winners’ friends for a team of four classic. The golf will be followed by a BBQ with the stars where Padraig Harrington will present the prizes. 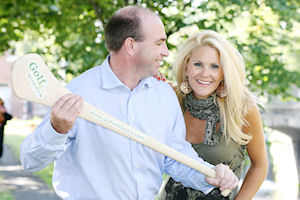 Draw entries for the Golf with Stars draw can be purchased online at golfwithstars.com. Each entry costs €20. Three entries cost €50. 7 tickets cost €100. The golfwithstars.com event takes place at the K-Club on October 22nd, 2010.

Insiders guide to golfing in Ireland